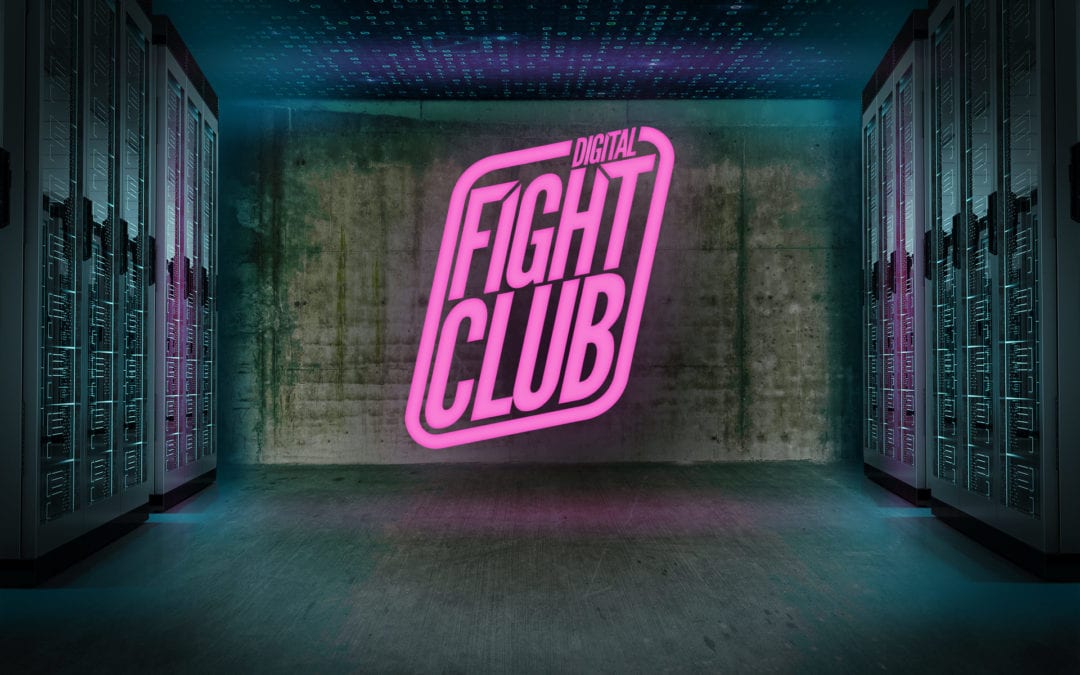 Four years ago, Digital Dallas produced the first ever event we called “Digital Fight Club” We knew right away we were on to something. No more boring panels. Let’s have subject matter experts “fight” head to head in front of a voting audience.

After a few years of wildly successful DFCs in Dallas, the Consumer Technology Association (producers of CES in Las Vegas) asked us to produce a Digital Fight Club in Boston as part of their Innovate and Celebrate conference. We decided this baby needed its own brand and spun Digital Fight Club out on its own.

We have a new board, new site (you’re at it!) and several events planned around the country in 2019.

We’re back in Dallas on Aug 28, powered by Accenture and five hot new fight topics. Read more about DFC: Dallas 2019 or jump in a get a ticket below